I know some people have been waiting too long for this one. Let’s get to it.

Ben Marwood – Frank likes to tour with one acoustic artist to start off his show and one over-the-top punk band to get people jacked before he comes on stage. Marwood, filling the former role, was an enjoyable live act. I love the Majestic because the size of the venue makes the show uniquely intimate, and this bodes well for any one-man acoustic guitar performance. Below is a video for “Under Lock and Key”, one of the better songs he played in his set. I have to say the live performance was better than this video, though.

Off With Their Heads – Ummmmmm…

This put a big, dumb smile on face as I realized the true ridiculousness of the situation. I headbanged happily for the first couple of songs, but after that, I, like 98% of everyone else at the Majestic, was pretty much thinking, “Okay guys, get off the stage so Frank can play the lighthearted folk punk I came for”. That Vine above pretty much sums up their performance. 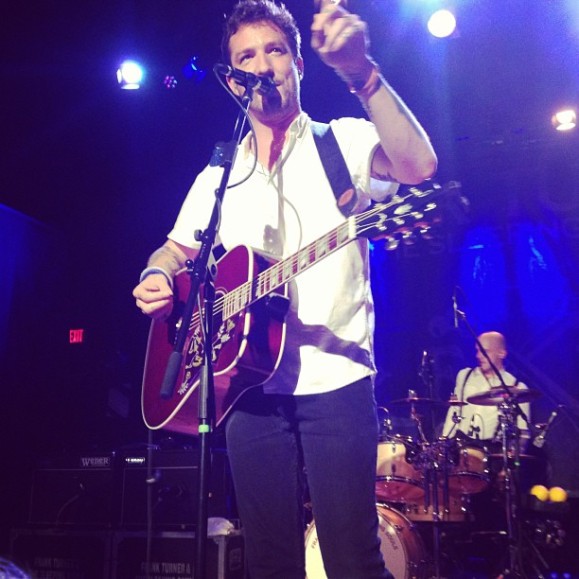 The highlight of the night. Frank opened with one of my favorite songs of his, “Four Simple Words”. It gets better every time I listen to it, and it captures everything that he represents, musically and lyrically.

Throughout Frank’s set, he and his band The Sleeping Souls played a plethora of music, mostly from his last three albums. Being able to sing along to the songs I know and love was great. That’s what makes every concert great. Although his entire performance was good, I have to admit the performances of his songs that I did not know were little more than forgettable. If I was an even bigger Frank Turner fan, the entire concert would have been an unbeatable experience.

‘Twas a great show put on by a great musician. (This guy played the 2012 Olympics, people.) It might have been the best show I’ve seen at the Majestic yet, actually. I would definitely see him in concert again, preferably after the release of a new project. You all should check out Frank’s newest album Tape Deck Heart and let me know what you think! Also, what was the best show you’ve seen at the Majestic? Hopefully we can all get back to the venue to see even better shows!

One reply on “Concert Recap: Frank Turner @ the Majestic Theater”