A little bit late to the party again this week, so let’s dive right in, shall we?

1. We have an update to the fist fight rankings…

If you remember from my Episode 4 recap, I was intrigued in ranking the fighting skills of the various characters in the show, as physical altercations have taken place in the show’s timeline and I imagine there will be more violence coming in order for the Boogeyman to be defeated. Case in point, we see Jack Hoskins get the shit beat out of him by his dead mother, so she’s clearly the strongest of anyone we’ve seen in the show thus far. Never doubt Mom Strength. 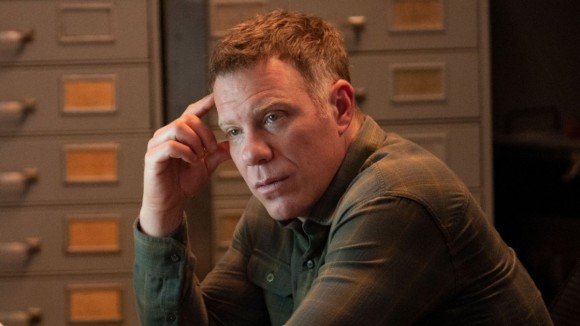 2. In all seriousness, we have a better idea of the Boogeyman’s powers (kind of)

I asked in my Episode 5 recap if the Boogeyman is omnipresent, and based on Holly Gibney’s theories (she’s smart, so I tend to agree with her) it is not. It appears it can astral project itself from wherever it’s hiding to send messages and warn people from tampering with its plans. It definitely has some control or influence over those it infects, and influences them (violently or otherwise) to do its bidding. (Even if that means buying random shit from the hardware store and bringing it to the woods. Part of me feels like that’s just the Boogeyman flexing the level of control it has over its victims.)

Then again, Jack is the only character at this point that has been controlled to this degree, so maybe he’s a special instance when it comes to control. All the others were just copied and used as a Boogeyman disguise. Maybe this is because Jack actually found the Boogeyman hiding out in the barn, so that level of direct contact (not transfer by blood) is how Jack got stuck in his particular predicament. Either way, a fight with the Boogeyman seems like a fruitless endeavor.

3. You know an episode ends well when you let out an audible “Fuck.” once the credits roll

Speaking of fighting the Boogeyman, escaping its clutches also seems like it’s going to be tough. We’re left with Holly in the car with possessed Jack, and she knows exactly what’s up #BoogeyBoils — It’s the classic, “How is she gonna get out of this one?” and we fall for it every time. Needless to say, Holly is currently a lamb being led to slaughter, but she’ll somehow outwit the Boogeyman and get away, at least this time. But HOW is the key that keeps us hanging…

Sure, it’s obvious that Holly knows what’s up and a couple of characters are keeping an open mind, but once Holly gets out of her current predicament, what happens next? Will the plot of discovering who/where the Boogeyman is and everyone slowly buying in be dragged out across the next three episodes? Will the “Claude the Club Owner” plot line be enough to supplement the rest of the story? (It at least looks like it connects back to the Boogeyman.) Has the show after six episodes felt like it’s starting to drag? Would I be asking that question if I didn’t already feel it a little bit?

So many questions, but so little time. I hope if you read this you’ll find me on Twitter or Instagram and let me know what you think about the show or what to expect next, because I have no clue what’s coming.